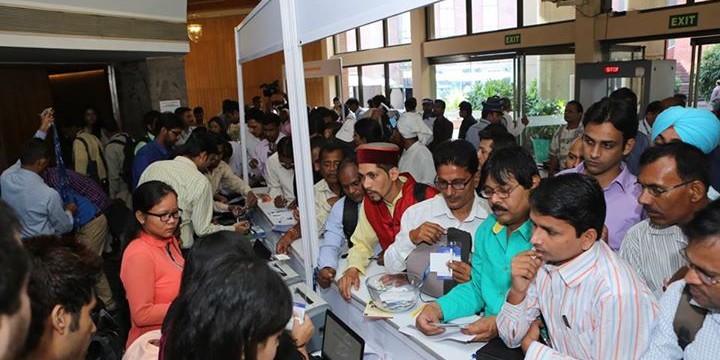 The 4th edition of the eNGO Challenge Awards was successfully hosted at Indian Habitat Centre in New Delhi on October 9, 2015.

Every year, the eNGO Challenge Awards recognise and accolade best practices in ICT by NGOs. This year’s theme for the day-long event, which included interactive session, was ‘No Profit, High Impact’, and Digital Empowerment Foundation (DEF) received a total of 225 nominations, out of which 67 were shortlisted and 15 were declared winners across six categories.

Mr. Osama Manzar, Founder & Director of DEF, welcomed the esteemed panelists and representatives from more than 700 non-government organisations (NGOs) and, especially, congratulated all participants who had travelled miles from Pakistan, Afghanistan, Bangladesh, Maldives and Sri Lanka to attend the conclave and bridge the digital divide.

The 4th eNGO Challenge South Asia 2015 Awards book titled ‘No Profit, High Impact’ was released by the panel, followed by the unveiling of the .NGO domain which was launched worldwide early this year.

The inaugural session was followed by a CSR Panel to focus on the ‘why’, ‘how’ and ‘what’ of strategising, planning, executing and monitoring the CSR activities of companies.

For the first time, eNGO Digital Mela was setup to display the work of the NGOs who have joined the .NGO fraternity. Each NGOs online presence, websites and footsteps towards Digital Inclusion were showcased at the Pavilion.

The much awaited awards were given away at the Awards Gala. The Awards Gala begun with a magic show by Ishamuddin Khan from the Katputhli Colony. 15 winners, 5 special mentions, 4 juror mentions and 6 Chairman’s mentions were accolade for their work across six categories. With this an eventful day came to an end.